At our recent “Drills and Skills” event, I decided to do some shooting with my Model 64 revolver and really enjoyed it. I had to ask myself, “Why don’t I carry this gun more often?”

I’ve always loved revolvers. My first guns were revolvers, most notably the Colt Python I shot as a teenager and the first gun I ever owned – a Smith & Wesson Model 29 I bought on my 21st birthday (for $340!).

I carried revolvers on the job, too. At the time, having an auto pistol was still kind of a new thing. I had a Smith & Wesson Model 28 “Highway Patrolman” that accompanied me on many hours of patrol.

Unfortunately, my financial needs at the time forced me to sell it, and most of my other guns, in 1996. Many of the guns I’ve bought over the last 10 years were purchased to rebuild that collection. 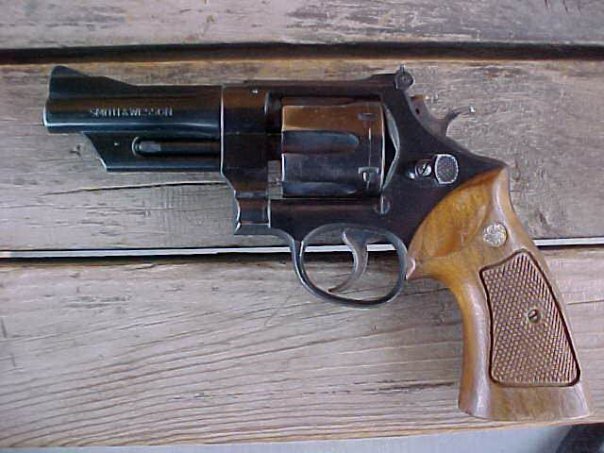 A couple of years ago, redeemed myself and filled two more holes in my collection by picking up a Smith & Wesson Model 28 and Model 64.

One thing I love about old guns is their history. Both of these turned out to have interesting pasts. The Model 28 was sold in Riverside, California in 1970 to a California Highway Patrolman. The Model 64 was bought in 1992 and served with the NYPD.

The Model 28 is a .357 built on the N-Frame. When the .357 was first marketed to police officers, it was only available in the expensive Moel 27.

The folks at Smith & Wesson came up with the idea of making a “budget” version of that gun with a matte finish and some changes to the manufacturing process to reduce costs. The end result was the Model 28 “Highway Patrolman” – a big, solid handgun that inspires confidence in anyone who picks it up.

For me, the Model 28 is more of a collector’s piece, although I carry it as a backup when deer hunting.

I do have a revolver I carry once in a while – a Smith & Wesson J-frame 442 – and I wanted to get in more revolver practice. However, as anyone who owns one knows, the J-Frame can be less than fun to shoot. I wanted a revolver I could put two or three hundred rounds through at the range without too much pain. 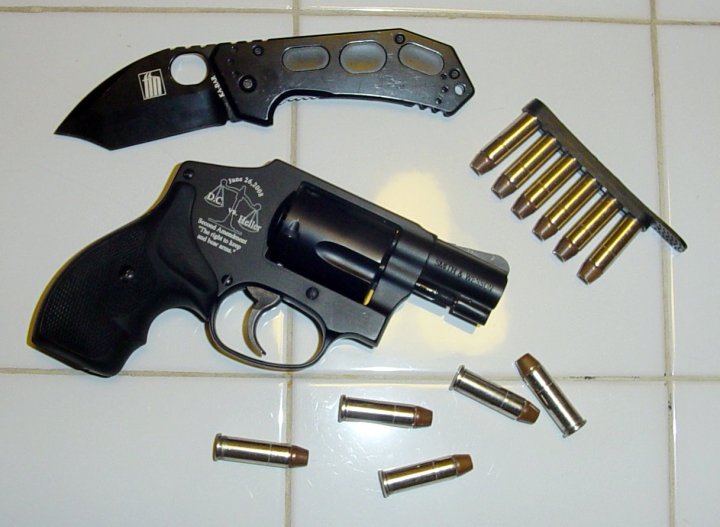 I scored a deal on my Model 64 through JG Sales (last time I checked, they had a few left). For less than $300 I got a heck of a nice gun. I swapped out the well-worn rubber grips for a new Hogue “Bantam” grip, and went to the range. 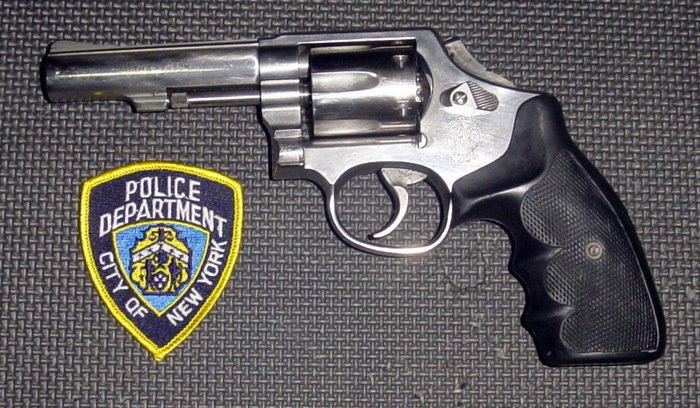 The trigger, in accordance with NYPD specs, has been converted to double-action only, which frankly, I really like. Being able to thumb cock the hammer has limited utility on a defensive handgun. The trigger pull is consistent on every shot, and the trigger has been polished smooth for excellent contact with the trigger finger, giving greater control.

The bull barrel keeps the muzzle from flipping too much when shooting hotter +P ammo, and the gun is frighteningly accurate.

Are they useful for self-defense? Absolutely! Both guns are great shooters, reliable, and accurate.

I am sure you are wondering – Erik, if these guns are so great, why don’t you carry them?

When my Father died in 2001, he left the family a restored 1957 Ford Thunderbird. Driving that car was both exhilarating and terrifying. No seat belts, no air bags, no power steering and an engine that was all horsepower. The T-Bird represented top of the line performance for 1957, but with very little utility in 2001. Parts were expensive and just keeping it stored was costing us. Ultimately, we decided to sell it.

The car I drive every day is no T-Bird. But it’s reliable and easy to maintain – and I look for the same traits in a defensive handgun.

These two revolvers are like my Dad’s old T-Bird. They are beautiful, powerful, rich in history, and excellently designed – but not as practical as other guns.

The guns I carry are my daily drivers. I’ve got no more affinity for them than my wife’s old Toyota Camry.

But like most of us, I too own guns that, every now and then, I like to take out for a Sunday drive. And that’s pure joy.